Each holiday season, Spray FoamEquipment and Manufacturing (SFE&M) holds a giveaway for some of their best-selling products. In 2019, Spray Foam Equipment and Manufacturing decided that for the upcoming holiday season they wanted to give away one of their machines along with an applicator and hose. Signups for the giveaway were to begin in November, and the total value of this giveaway was more than $18,000.  Alongside the sale, there was a separate campaign running through the end of the year offering a 20% discount on many products within their store. The combination of both campaigns led to the expected value of their November pipeline increasing by more than 1,000% compared to October. 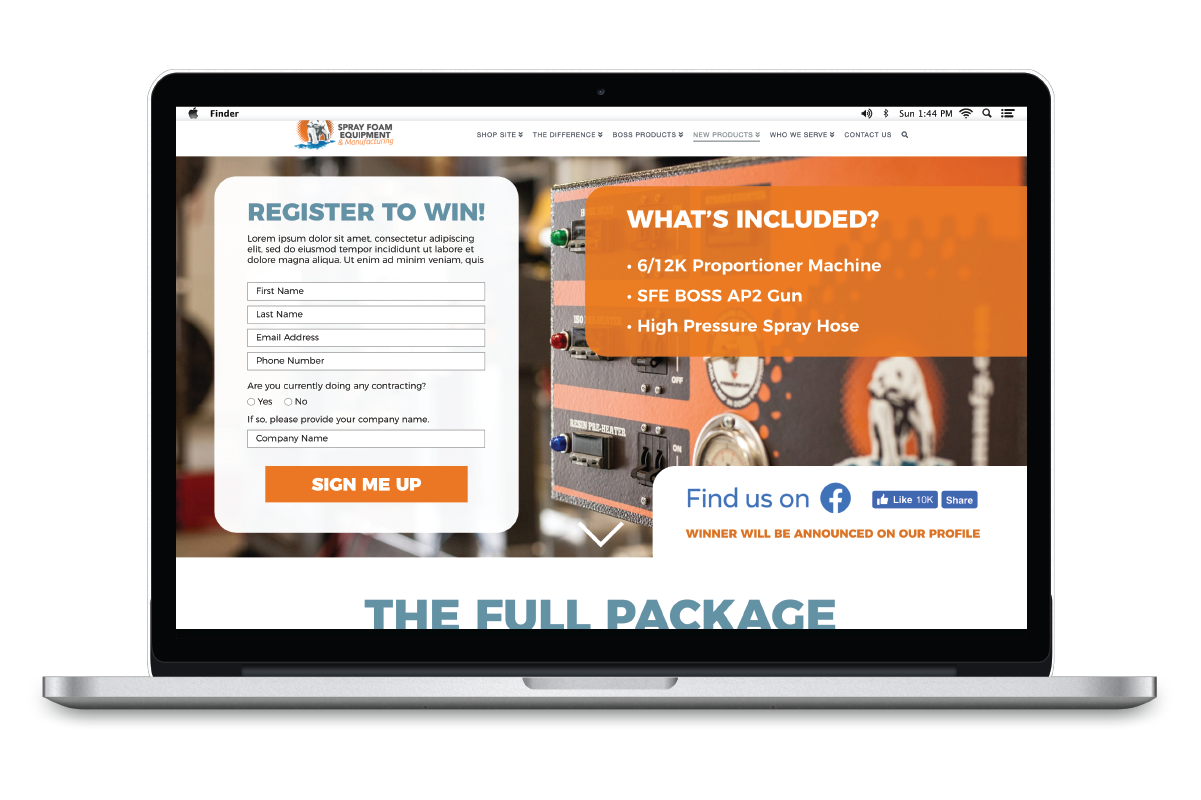 For the past several years, the owner of SFE&M has made it a tradition to giveaway one of his spray foam proportioners as well as some other equipment. In 2018, he worked with a Facebook community to increase awareness of the giveaway and ultimately increase the total number of signups. By doing so, about 300 different people ended up joining his giveaway, but due to the nature of the signup he was unable to use this list for marketing or sales purposes. In 2019, he decided to hold the giveaway on his own and re-purpose his November advertising budget towards both the giveaway as well as their end of the year sale. His goal was to once again have at least 300 people sign up for the giveaway, but this time also re-market to these people and get them interested in the sale. 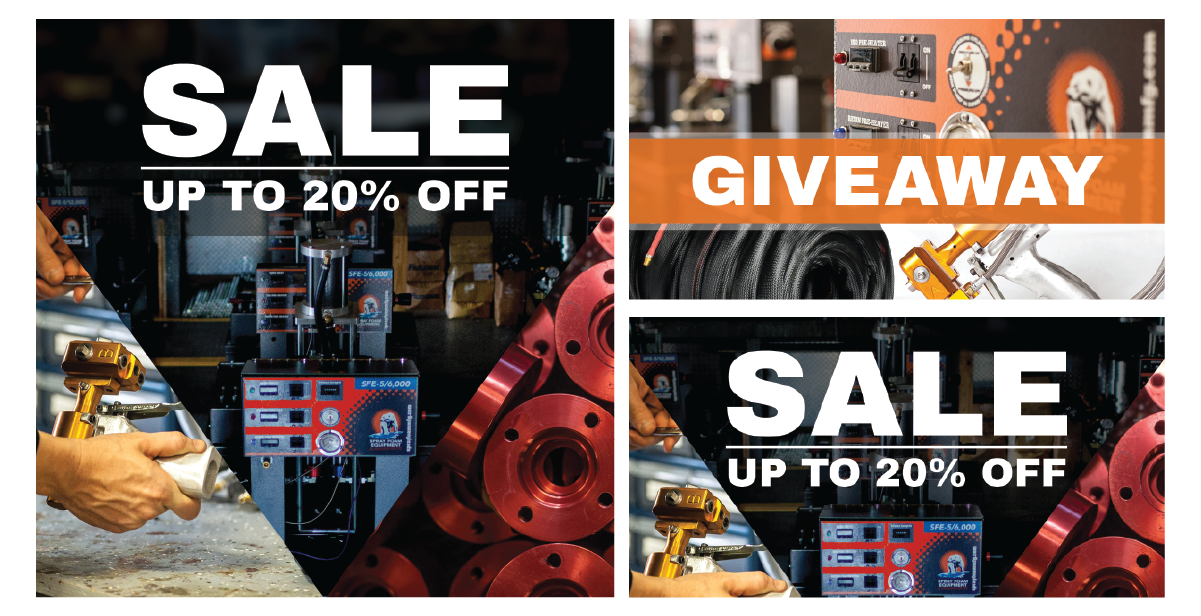 In order to raise awareness, we decided to purely focus on Facebook for the giveaway, but then use a mix of Google Ads and Facebook for the sale. We chose Facebook for the giveaway because it is an ideal environment for a sweepstakes, and we knew that display ads would likely not result in the traffic we desired. However, we chose to use Facebook to advertise the sale to the general audience, and then re-market the sale to all who had visited the website over the past 30 days. This way, we were able to ensure that those who visited because of the giveaway still knew about the sale as well as remind anyone who was initially tempted but then left the site. 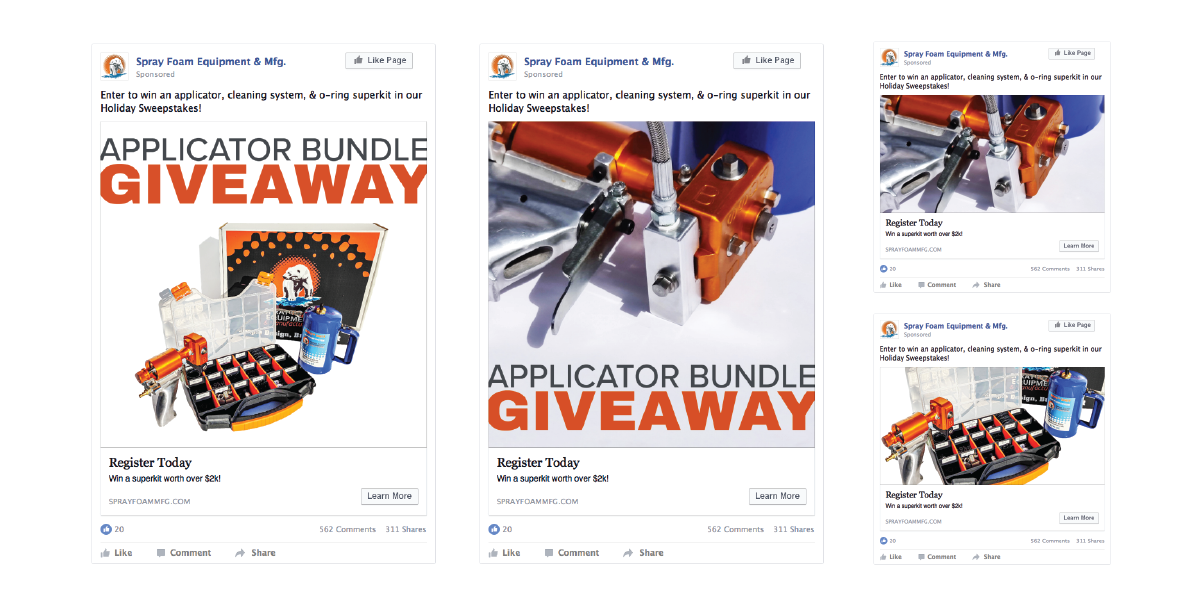 Between these two methods, we were able to gain 499 sign-ups for the sweepstakes – almost 200 more than the previous year. While some chose to sign up for the giveaway and leave, many users ended up browsing the site to learn more about the company and their products. In November, their site’s average session duration went up by 83% compared to October’s. With users browsing their catalog on their own as well as salespeople calling those who did not win to break the news but let them know about the sale, the expected value of November’s pipeline was more than 1000% higher than October’s. Spray Foam Equipment and Manufacturing was so satisfied with these results that they decided to host a second giveaway not long after the first one finished.