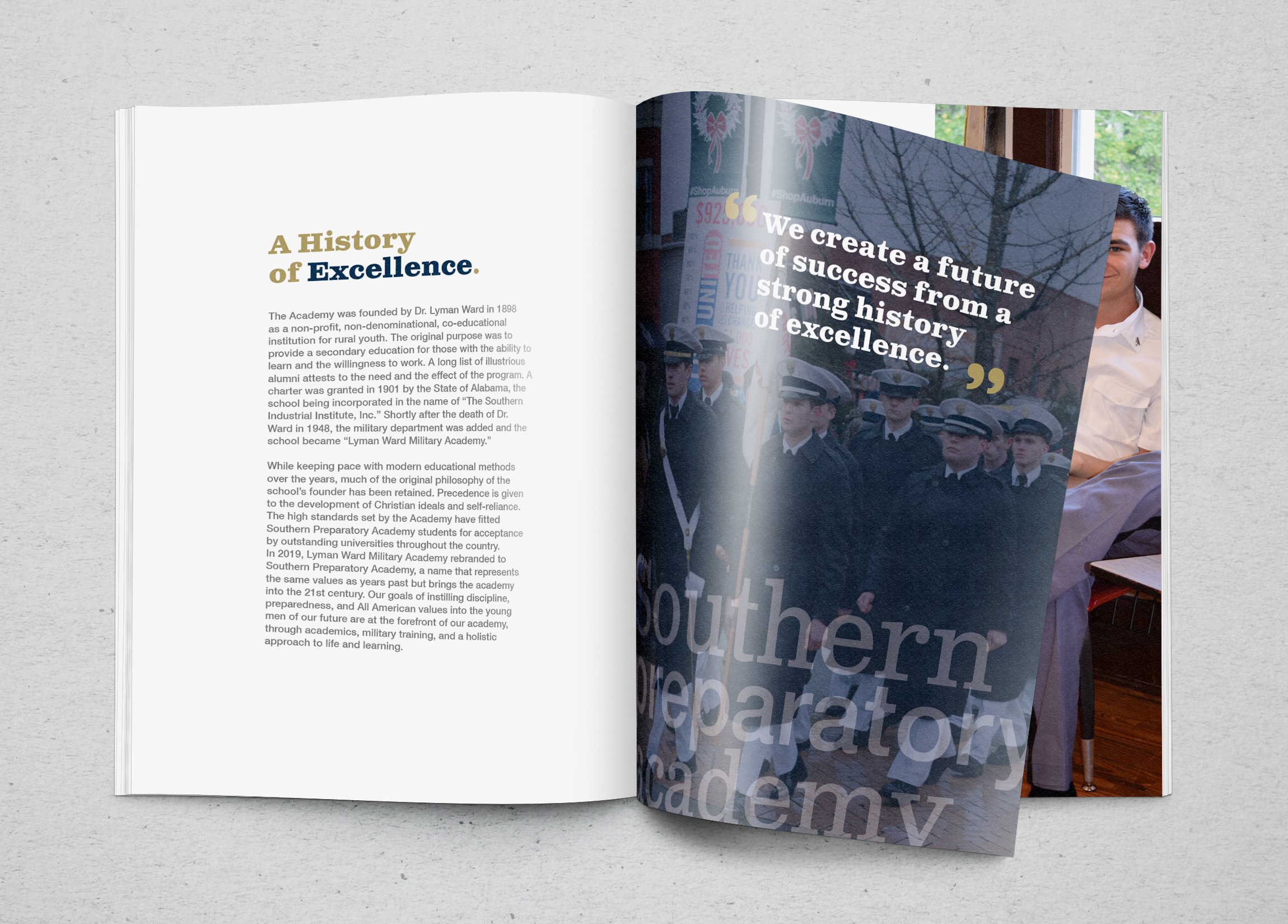 A New Beginning: The Rejuvenated Growth of An Alabama Military Academy

Who Is Southern Prep

On June 1st of 2019 Lyman Ward Military Academy launched a complete re-brand of their school. They completely redid their website, logo, design, and changed their name to Southern Preparatory Academy. Since the bulk of school registrations occur over the summer, it was vital that they increase brand awareness as quickly as possible.

We knew we would need to do something incredible to get the word out in time for summer enrollment. In the end, we decided to launch a series of ads on Facebook, Instagram, and Google Ads. We also made new print collateral for interested parents. Our ads were structured to let parents realize that better options were out there, and our look-book was intended to give them peace of mind and know they would be sending their son to the right place.

One of the largest distinctions that Southern Prep. has is their aviation program. We decided to focus in on this for the start of our campaign and made a series of both social posts and display ads focusing on a teen aviator in his plane. After this launched, traffic began to soar.

Once fall began, it was time to change the messaging. Students were no longer just registering for a new school, and instead needed a persuasive reason to change from wherever they were enrolled to Southern Prep. It was during this time that we made ads more focused on the attention students receive at Southern Prep. along with a quality, structured education built specifically for boys.

By the end of 2019, Southern Preparatory Academy was seeing great success. Even though they had changed their entire branding system just six months before, the number of new students enrolled had increased by about 44% compared to the previous year. They had already surpassed their 2019-2020 school year goals and were well on their way to reaching their 2020-2021 target as well.