Who Is Blue Grass

Blue Grass Chemical Specialties is a nationally known manufacturer of chemical products serving a large majority of the cosmetics industry. When they came to us, they lacked both an online presence and cohesive visual identity. We approached this project as though it were a blank slate to form the following system. 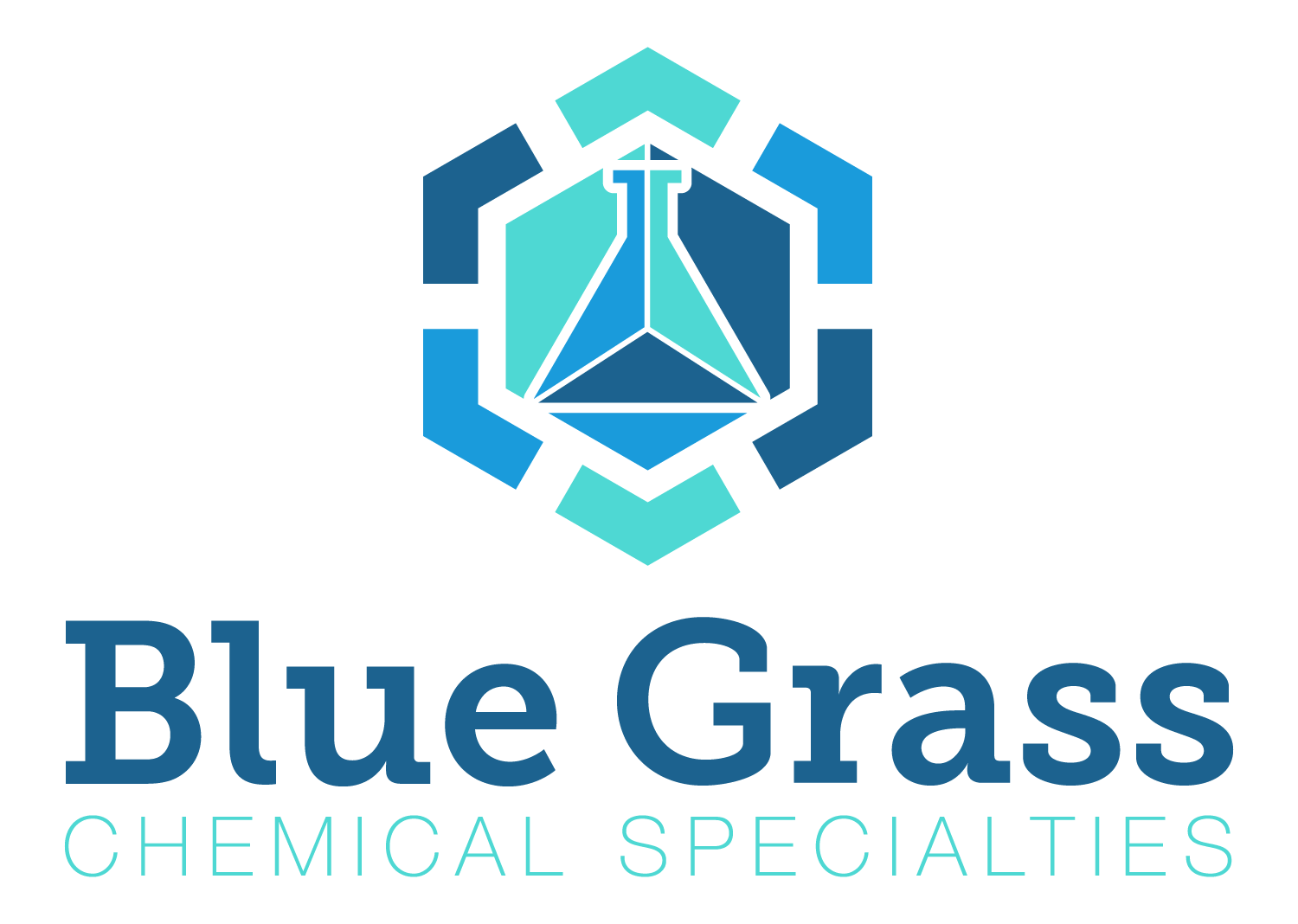 The base hexagonal shape of the emblem portrays Blue Grass Chemical Specialties’ purpose by drawing back to the base form of a hexagonal biological ring. The ring is then further detailed by the additional interconnection of different elements which are separated by shade but united in form.

The interior form, while working to create a gridlock that represents strength and reliability, also builds upon the primary idea through a uniting of clearly separated components - which gives birth a new, solidified whole in the shape of a beaker.

The initial colors were pulled from the products produced by Blue Grass Chemical Specialties and adjusted slightly to provide a brighter, more inviting appearance. The palette works to draw consumer attention and allow viewers to relate to the product, all without becoming obnoxious or unpleasant to the intended audience.

The choice of Museo Slab for the primary typeface portrays a sense of knowledge as well as ease for potential customers. Softer and more rounded serifs provide a feel of professional quality while also giving an inviting and warm sense of approachability.

The secondary type choice of Helvetica Neue adds a bit more professionalism to ground the logo. Through the straight-forward, mechanical implementation of a sans-serif aesthetic, the feeling of modernity is enhanced. This typeface works to tie Blue Grass to the scientific field by introducing a control element which draws back to the industry standard.

When the need arises for a single color variation of the logo, these versions work by using alternating transparencies to fully encapsulate the facets of its form without compromising aesthetic quality. 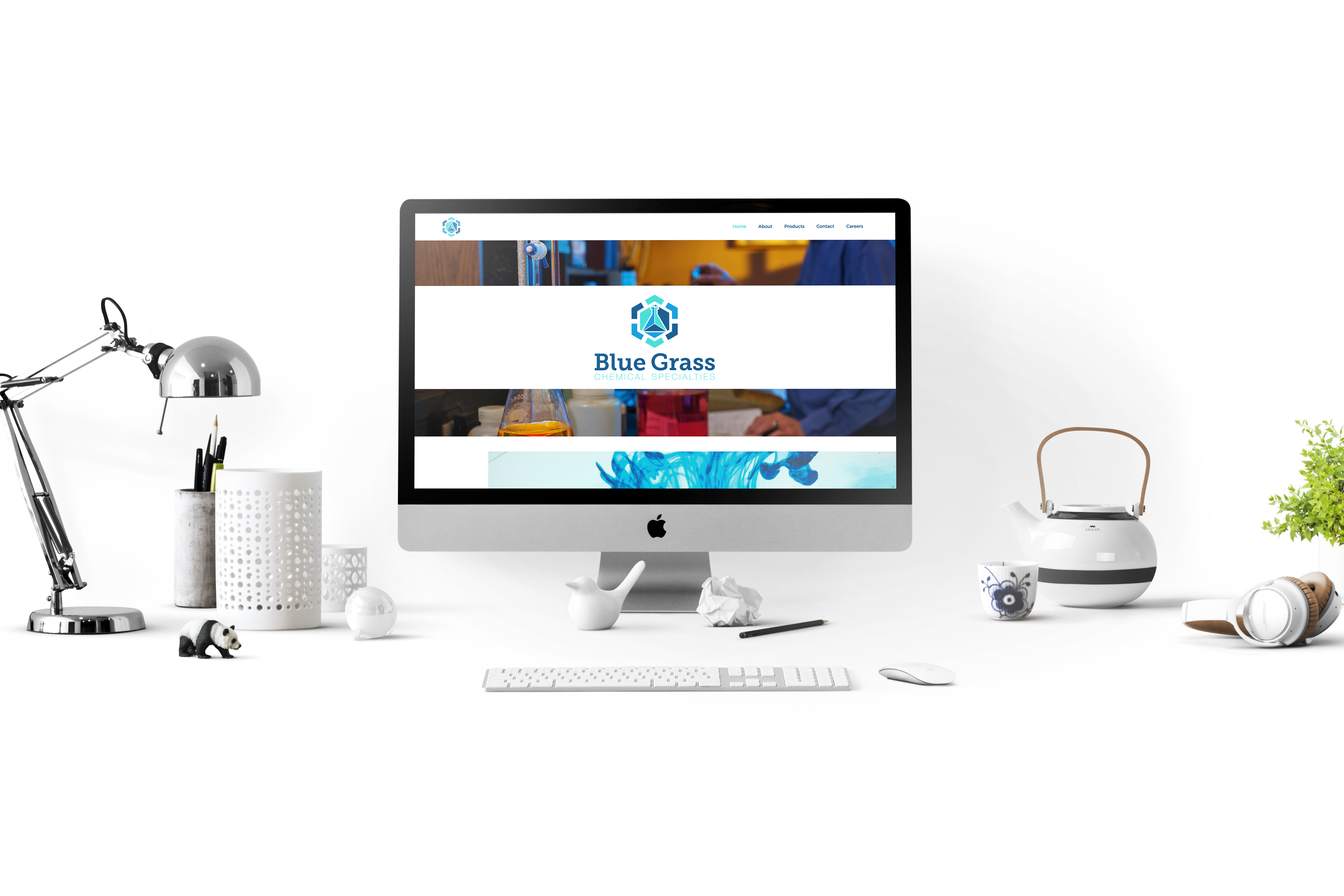 The color and iconographic systems created within Blue Grass Chemical Specialties’ new identity was then applied to designing and developing an online presence that embodies their personality while working as a repository of information for those in their demographic and industry.